Everyone that the September event will no doubt agree, Pressure Front parties just keep getting stronger & stronger.

This month we have secured one of the most respected production partnerships in Drum and Bass, the Brookes Brothers! Following in the footsteps of Pendulum, The Brookes Brothers released their self titled debut album on DJ Fresh’s Breakbeat Kaos label spawning various top selling singles & regular playlist support on BBC Radio 1. In 2013 they signed to Viper Recordings and their single ‘Carry Me On’ quickly became Zane Lowe’s “Hottest Record in the World” as well as reaching #7 in the official UK Independent Charts. With a new album in the works we can guarantee their set at Pressure Front will be something special!!

On mic duties we have special guest MC Funsta, aka The Bar King! One of the scenes most charismatic MC’s Funsta is probably best know for his work with UNCZ (alongside Harry Shotta & Skibadee) and his hugely popular Bar:Rage mix CD series.

This event is also the launch party for my next single ‘Rise / Check 1‘. We know you’ve heard nothing but good things about our events, so if you love good quality D&B be sure to come join our raving family!

Tickets are available online now for just £8 in advance, or £7 for NUS card holders http://www.wegottickets.com/pressurefront 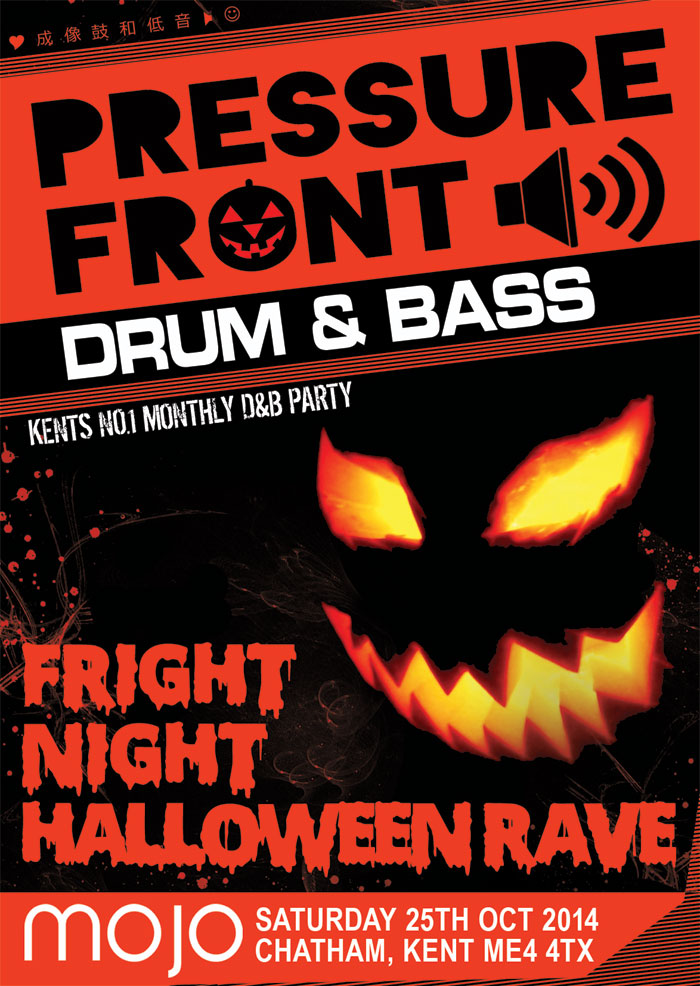